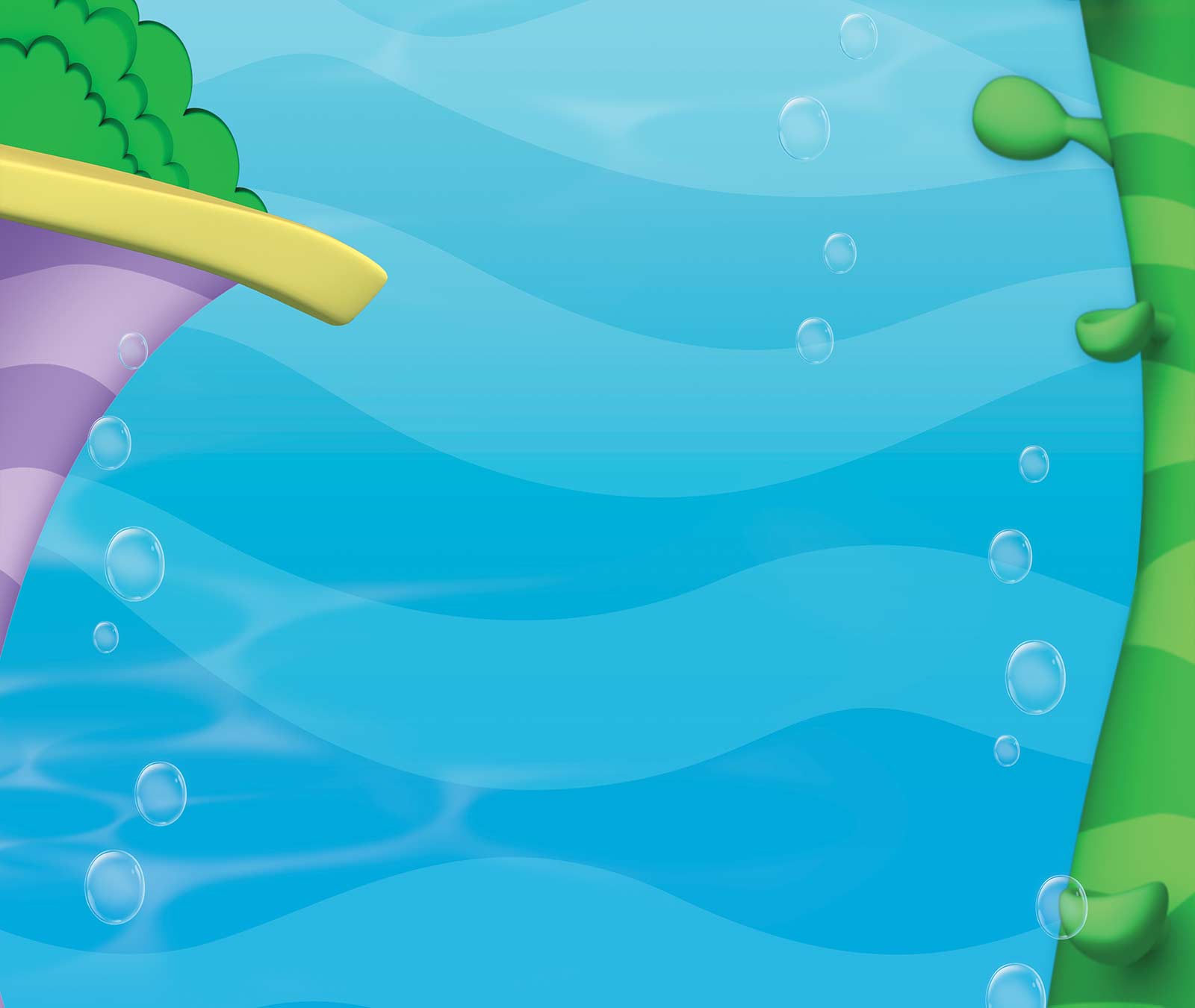 What's on your mind?

I noticed something very alarming on this wiki. As I was surfing through the images page, I've spotted pictures of a woman taking selfies in a mirror while wearing a bikini and a gif of a woman inserting an object in her underwear. This is a very serious issue and the admin needs to respond quickly. Please and thank you.

I seem to remember being scared of an episode of bubble guppies when I was younger, I can’t remember much about the episode but can someone tell me if it’s real, and what episode it is? The episode was probably in season 1 or 2 because I was fairly young, but season 3 is a possibility too I suppose. As I remember: It was mainly about Gil and Molly I think. They were underground, or at least somewhere dark. I get the feeling they were underground however because they were following a map and it looked kind of like a subway map. I don’t know what it was but there was also some kind of other character that was like... a totem? I have no idea what it had to do with the story but I know I was fairly terrified of that totem thing even though it didn’t do anything bad. I don’t remember there being any other characters but there probably were. So what do you think? Does it sound like any actual episode? Or was it just some strange dream?

Whens the next bubbles guppies episode

Hello y’all, I don’t know if this is the right place to write this so sorry if it isn’t.

As in visit it sometimes and still edit but rarely. But I’m still watching the show! So don’t worry about that. The reason I’m leaving is because I felt the fun in this wiki isn’t as what it used to be years ago, and I’ve just lost interest in being here.

What I’m trying to say is while I’m gone I’m worried that this wiki will break down and be ruined (by annoying spams). So I want it to be very protected. Or else another page will be deleted...

Welp goodbye. Not 100% but mostly. good bye luvs. I shall miss this place.

Oona is kind of cute. She's got a very kind, empathetic, considerate, caring, and thoughtful. You should like her character too.

Hello to everyone. I would like to know what are your favorite episodes of the most recent season. In my case it would be three:
1-The Good, The Sad and The Grumpy
2-Secret Agent Nonny!
3-Kingdom of Clean

She looks very Asian (Chinese-looking) to me, due to the eye shape she has. What nationality do you think she could be?

In my opinion, Oona looks Asian. What nationality could she be?

I just have a really big ton of ideas for many new bubble guppies episodes starting with  Get Ready for the dentist too and here's what will happen in this episode it's Avi's 5th and Mr.Grouper's 35th birthday then after that Avi and Mr.Grouper decide to each eat a sweet piece of candy but they each get a toothache from putting brushing their teeth off til later and they really need to go see the dentist and not just any dentist but Dr.Gil and his dental health and tooth care team at blue and green ocean waves family dental but Avi is a little bit scared to go to the dentist for the first time and Avi must face his fear of the dentist and Get Ready for the dentist too will be the 13th episode of the bubble guppies's very own 5th season next is Guppy Checkup time for which is sequel to Costume Boxing it will be based on the teleplay that I emailed Johnny Belt about on November 10th 2019 for which Guppy Checkup time will be the 14th episode of the bubble guppies's fifth season next after that one will be a bubble guppies episode called The big bubbletucky county schoolhouse call it will be the one where a very old male lobster doctor named Old Doc Lob comes to the big bubbletucky county schoolhouse to give Mr.Grouper and the bubble guppies all a checkup right in the schoolhouse for which the big bubbletucky county schoolhouse call will be the 15th episode of the bubble guppies's 5th season then will come the 16th episode of the bubble guppies's 5th season will be you guessed it Get Ready for the doctor as well you know it will be the one episode where Mr.Grouper takes Gil,Deema,Oona,Goby,Zooli and Nonny all to see Dr.Molly the youngest pink haired guppy girl doctor in all of bubbletucky county for their checkup and get this Dr.Molly adds a classic black leather medical headband with a silvery reflector to her standard white doctor's coat look plus Sandy's twin daughters have a doctor's appointment with Dr.Molly later in the afternoon but they're a little bit scared about it but Dr.Gil finds a way to help Sandy's twin daughters to feel less scared of the doctor then Chase gets sick later on and he doesn't know that and Dr.Molly comes to check him out to work on his diagnosis after that episode will come Doctor Grouper for which it all starts when Mr.Grouper magically turns himself into a doctor all dressed up in a white lab coat,a grey flat top haircut,a grey chinbeard on his underlip,a stethoscope around his neck and a black leather headband with a silvery reflector on the front of it then he gives his guppy patients their checkup starting with telling each of his guppy patients to stick out their tounges and say ah and Dr.Grouper switches on the light from his silvery reflector and shines the light down his guppy patients throats and tells them that everything inside them looks great so far next he tells the viewers that it's thier turn for their checkup from doctor grouper and Dr.Grouper tells the viewer to stick out their tounges and say ah then Dr.Grouper will shine the light from his reflector down his guppy paitent's throat and tells them that he likes what he sees after that Dr.Grouper returns to his guppy patients and tells them that he's going to need to listen to his guppy patient's heartbeats with his stethoscope as he plugs the ear pieces of his stethoscope into where his ears would be and he warms up his stethoscope's chest piece in one of his fins and he also holds up one of his pointer fingers in one of his fins and tells Molly that she's first by saying you're first Molly and bubble guppy Molly said okay Dr.Grouper then Dr.Grouper listens to Molly's heart with his stethoscope and tells Molly that her heart sound very healthy then Dr.Grouper tells,Gil,Goby,Deena , Oona and Nonny that he needs to listen to their hearts with this stethoscope and Dr.Grouper listens to Gil,Goby,Deema,Oona and Nonny's hearts with his stethoscope and tells them that their hearts are all healthy then Zooli looks at Dr.Grouper and says now me Dr.Grouper then Dr.Grouper will say you got it Zooli let's hear that heartbeat of your's and Dr.Grouper hear's Zooli's heartbeat making clucking sounds and Zooli giggles a little bit and Dr.Grouper will say hey wait a second that doesn't sound like a heartbeat and then Dr.Grouper asks the viewers what is making that strange sound then Dr.Grouper asks what did you say did you say a chicken is in there ? Zooli fiddled around inside her own chest to get out the toy chicken that was secretly hidden inside her chest and then Zooli sung ta-da as she got the chicken out of her chest and Dr.Grouper will say well what do you know it really is a chicken,ha and then Dr.Grouper looked at Zooli and said pretty funny Zooli next Mike the macaroni penguin scrapes his knee and he needs Dr.Grouper and his medical team's help to have a bandage delievered to to him quick and Dr.Grouper and by the way Dr.Grouper will be the 17th episode of the bubble guppies's 5th season next up in the bubble guppies 5th season will be coming Doctor Molly based on the teleplay that i'm recently working on currently

Hello there! A friend and I are picking up some of the Bubble Guppies with fanfics on Fanfiction.net if you're interested. We are ReaderandWriter9000 and Seraphinm. If you want to talk about it, you can talk to me directly on Fanfiction.net

Which character from bubble guppies is your favourite

Hello! I'm Peyton and welcome to What Is Going On?

You will have to type out a bubble guppies part of a story and the other guesses it, like this:

I hope you're all doing great. The purpose of this is to let you know some ideas that recently came up. Long story short, I would like to have a weekly chat party to get to know each other, but most importantly, to talk about new ideas to bring back the wiki to its all glory. Adding more images, videos or correct the existing information will be a good start.

If you're an active member and want to help the wiki, or if you simply want to join the chat and meet new people, leave a message AND tell us what day would be ideal for our weekly chat party.

Have any questions? Leave a message.

(edited by Alan The Eng Dude 05)
Let the truth be known: Oona is so cute and adorable.
(edited by Teddyom)
Oona

I mean, I seen a lot of kid shows tackle on very serious and sensitive topics like death, divorce and addiction, so why not Bubble Guppies?

One idea that I have for "A Very Special Episode" is tackling child abuse. Why? Because there are a lot of kids being abused, physically and mentally, and those who this should have the courage to report it. 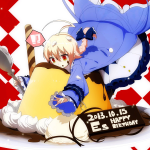 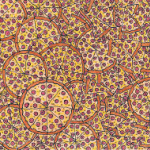 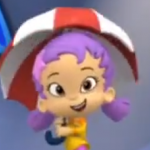 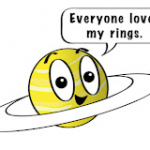 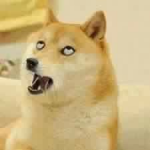 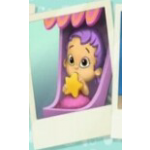 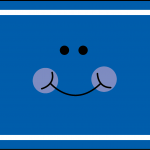 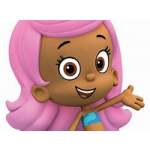 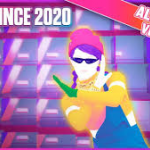 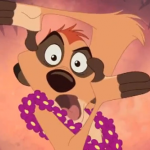 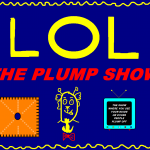