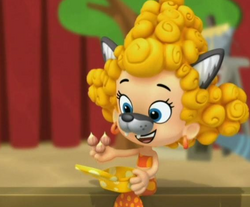 Three Little Figs was the lunch joke from the episode: Who's Gonna Play The Big Bad Wolf?. It is done by Deema.

The Setting was a theater. It was red and the guppies were sitting on a stage. 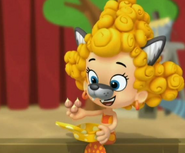 Add a photo to this gallery
Retrieved from "https://bubbleguppies.fandom.com/wiki/Three_Little_Figs?oldid=128569"
Community content is available under CC-BY-SA unless otherwise noted.